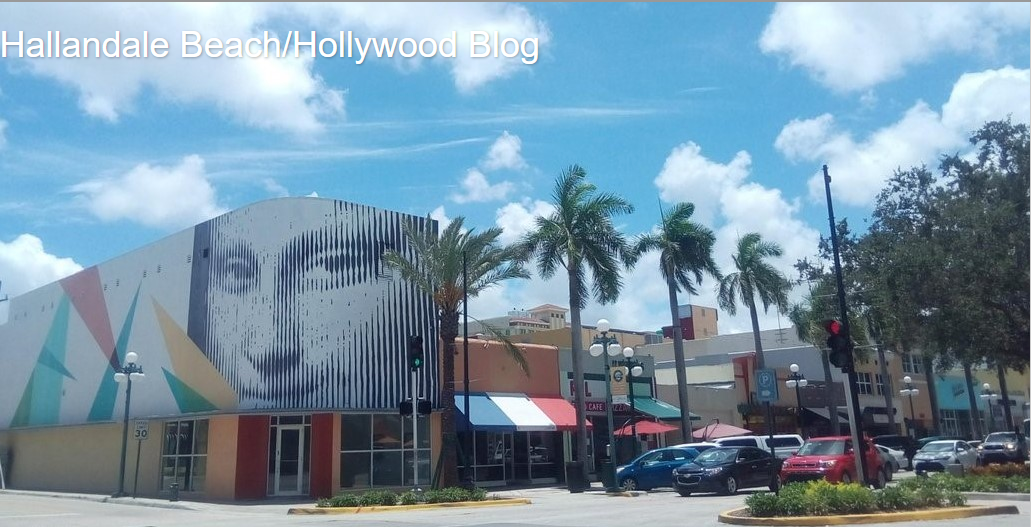 Above: My August 26, 2019 photo of the Andrew Antonaccio mural of Leonardo da Vinci's Mona Lisa masterpiece, at 1900 Hollywood Blvd. in Downtown Hollywood.

A common sense public policy overview from David in South Florida, offering a critical perspective on the current events, politics, govt./public policy, sports and pop culture of the U.S., South Florida and Europe, esp. the U.K., Sweden, and France, via my life in Texas, Memphis, Miami, Indiana University (Bloomington), Chicago/Evanston, Washington, D.C. & #SoFL.
In particular, casting a laser's eye on Broward & Miami-Dade County, and the cities of #HollywoodFL and #HallandaleBeach, both with respect to local governance, public policy and development issues. Trust me when I tell you, this part of Florida is NOT the Land of Lincoln.

Individual freedom, choice, and personal responsibility is always superior to government planning and bureaucrats -no matter how well-intentioned- trying to control public policy choices and outcomes.
“The further a society drifts from the truth, the more it will hate those that speak it.” ― George Orwell
All original content and original photos on this blog are © Hallandale Beach/Hollywood Blog, All Rights Reserved.

The Role of a Lifetime: Prince Philip had a front row view of the entire world that nobody else had. In good times and bad, he exemplified the robust pride, courage, determination, stubbornness, and honesty of Great Britain and Britons 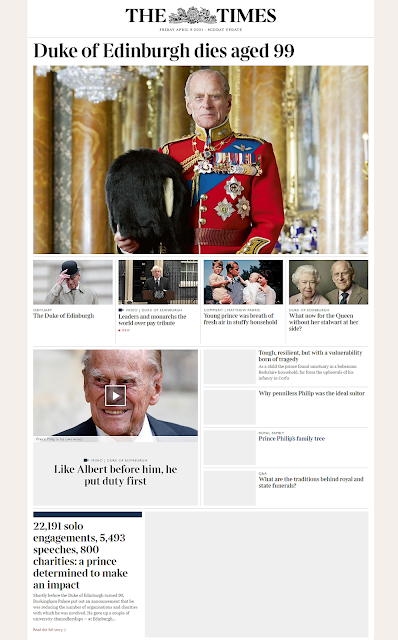 The Role of a Lifetime: Prince Philip had a front row view of the entire world that nobody else had.
In good times and bad, he exemplified the robust pride, courage, determination, stubbornness, and honesty of Great Britain and Britons.
For 95% of the world, the closest thing to permanence -besides the Queen herself- we've had on the scene...
The last time #QueenElizabeth didn't know who #PrincePhilip was, she was 8 years old.
1934.
The @Cardinals' "Gashouse Gang" beat the @tigers in World Series.
#FL's population was 1.585 million.
Only 5% of #UK's population was alive before they married.
https://twitter.com/hbbtruth/status/1380555884573700096 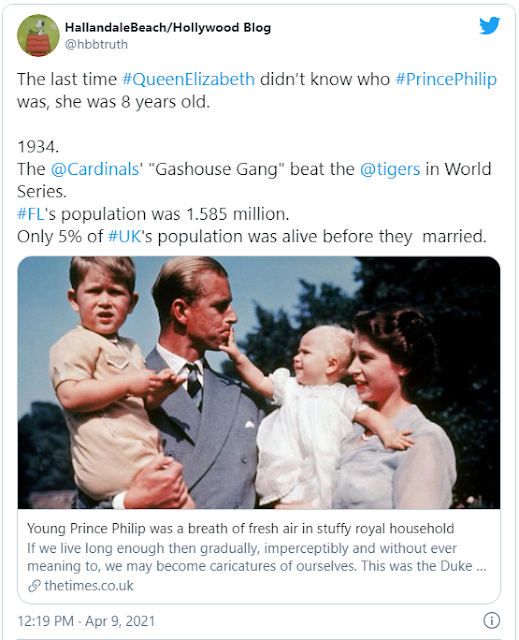 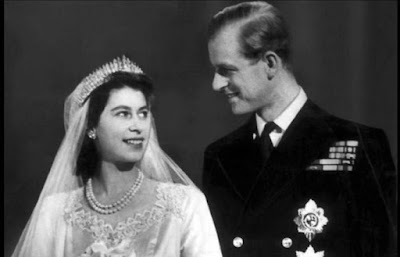 The Royal Family join with people around the world in mourning his loss. Further announcements will be made in due course.
Visit http://royal.uk to read the announcement in full. 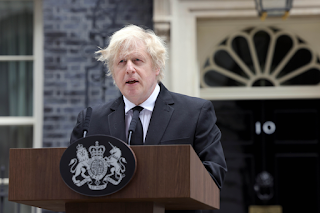 Prime Minister Boris Johnson's statement on the death of His Royal Highness The Prince Philip, Duke of Edinburgh.

Delivered on: 9 April 2021 (Transcript of the speech, exactly as it was delivered)

It was with great sadness that a short time ago I received word from Buckingham Palace that His Royal Highness The Duke of Edinburgh has passed away at the age of 99.

Prince Philip earned the affection of generations here in the United Kingdom, across the Commonwealth and around the world.

He was the longest serving consort in history,

one of the last surviving people in this country to have served in the second world war at Cape Matapan, where he was mentioned in dispatches for bravery

and in the invasion of Sicily, where he saved his ship by his quick thinking and from that conflict he took an ethic of service that he applied throughout the unprecedented changes of the post war era.

Like the expert carriage driver that he was he helped to steer the royal family and the monarchy so that it remains an institution indisputably vital to the balance and happiness of our national life.

He was an environmentalist, and a champion of the natural world long before it was fashionable.

and at literally tens of thousands of events he fostered their hopes and encouraged their ambitions.

We remember the Duke for all of this and above all for his steadfast support for Her Majesty The Queen.

Not just as her consort, by her side every day of her reign, but as her husband, her “strength and stay”, of more than 70 years.

And it is to Her Majesty, and her family, that our nation’s thoughts must turn today.

Because they have lost not just a much-loved and highly respected public figure, but a devoted husband and a proud and loving father, grandfather and, in recent years, great-grandfather.

Speaking on their golden wedding anniversary, Her Majesty said that our country owed her husband “a greater debt than he would ever claim or we shall ever know” and I am sure that estimate is correct.

So we mourn today with Her Majesty The Queen

we offer our condolences to her and to all her family

and we give thanks, as a nation and a Kingdom, for the extraordinary life and work of Prince Philip, Duke of Edinburgh. 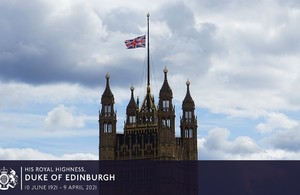 Posted by Hallandale Beach Blog at 4:35 PM No comments: 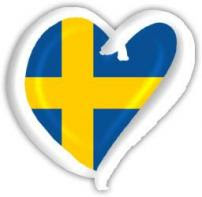 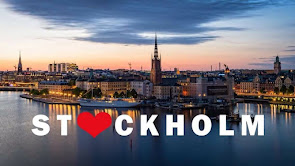 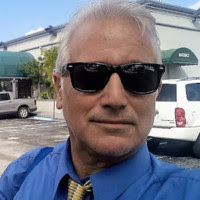 Hallandale Beach/Hollywood Blog is... me: Dave :-) Above, yours truly, circa November 2017, on a lunch break in sunny South Florida, wearing my favorite Ray Ban sunglasses, which, sadly, have long-since gone MIA. :-( Click the photo for more info!

Everyone has to live somewhere - THIS is where I live: #HollywoodFL #USA.

Pre-COVID19, this is where you'd often find me many days out of the month: Hollywood City Hall. 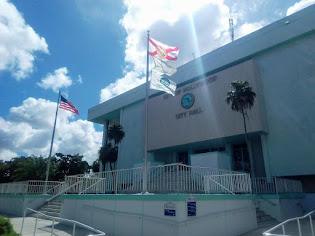 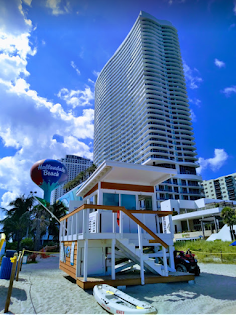 My photo above is looking east from the beach, Atlantic ocean, at North Beach City Park towards the iconic Hallandale Beach Water Tower, and the Hyde Resorts & Residences tower in Hollywood, right on the Countyline. September 19, 2020 photo by me! © Hallandale Beach/Hollywood Blog, All Rights Reserved. 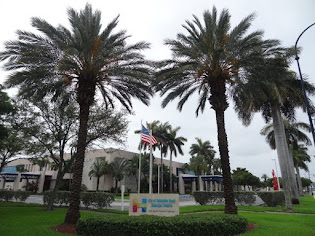 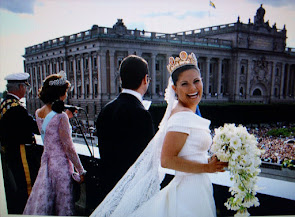 My Twitter header currently features my June 2010 screenshot of Sweden's Crown Princess Victoria moments after her wedding in Stockholm. Her smile = #amazing, #priceless!

Please be sure to say that you saw her ad on the blog!

Please be sure to say that you saw her ad on the blog!


@FixMetroMDT @transitmiami On Thursday!
MT @NorwayUS >50% of new cars sold in #Norway���� = #EV. Find out why #Nordic countries are leading the way in #cleanenergy transition in the #transportation sector @WRIClimate's free online event 4/15/21
10:30am ET. https://t.co/AQWsG5nQGV


“While Trump used his speech to share with donors that he was ‘disappointed’ in Pence, he has privately told advisers that if he runs again, he wants DeSantis as his running mate” https://t.co/LPCbBRcPdU


3 weeks later, not a single journo @ABC @CBSNews @NBCNews @ThisWeekABC @FaceTheNation @MeetThePress has asked #PeteButtigieg to explain his POV on this policy, and, why he thinks Americans wld support it.
They won't!#infrastructure is snooping! @John_Kass @kausmickey @EliLake


If you're one of the 1,798 who voted on the prevailing side, the Post doesn't say your side won, but instead presents workers as having lost. What matters is what "worker advocates" wanted, not what actual workers did in fact want. /2


#tbt - My HallandaleBeach/HollywoodBlog post of 2/8/2019: For me, he was simply THE master politician of my 15 years in Washington, D.C. Remembering #JohnDingell and what legislators used to do and be.
-Also sort of explains me�� https://t.co/Y5fHynwL0t @LarrySabato @RBrookhiser pic.twitter.com/nfZwSzd3NV


@maddysavage @LouiseSweUk @LindaZachrison @bethanymac12
2/ #London in the age of #COVID19... Time to read books -plural ��- and observe life at a slower speed.

Will be just a memory after June 21st... so @SAMuston
chronicles it. �� pic.twitter.com/TDIBZLWpw3


This really is a must read. The wokes, it turns out, lied about Papa John's founder to destroy the man because he wasn't woke. https://t.co/PTferiA8e4


The 60 Minutes story might have benefitted from a more broad lens on vaccine contracts. Publix gave $100k+ to Gov. DeSantis. It's also worth noting Gov. Newsom has received $23 million in campaign & cause support from Blue Shield of CA, which he gave exclusive vaccine contracts.


And they wonder why people hate the media. https://t.co/5kadBiWjJy

Analysis: How Ron DeSantis’s critics are turning him into a hero for the right https://t.co/xJGjJsEETv

This is just another example of where the press is going astray.
Both @Poynter and @PolitiFact make only soft criticisms about the factual errors of the @60Minutes piece, but they have no condemnation for the ethics problems seen in their actions.https://t.co/KMX0l8xlDr

Hmmm... Ever since I returned to #SoFL fm #DC in 2003, this has always been a #HallandaleBeach bldg on my BAD list. Good location but... exterior maintenance, night time lighting, as well as basic safety = always sub-par.


Hope it turns out that way. ��
Fm my POV, that's long been an underwhelming bldg. in its mix of tenants/aesthetics. Still, I wonder what they'll have that isn't at #Oasis complex next door once that opens. Meanwhile, HB's big projects on US-1, opp. #Gulfstream STILL lay dormant. pic.twitter.com/s8umZ80MHs


Next wk., after returning to #SoFL fm my 2-wk out-of-town mini-vacay, I'll be publicly dropping fact-filled stink bombs on SoFL media who refuse to report NEWS, and instead, are running interference for certain pols + thr #IdentityPolitics toadies. @RedBroward @dwightyoakamfan

When I get back home to #HollywoodFL next wk I'm going to have to put my Private Investigator hat back on and check it out, report what I find. ��https://t.co/blBVjAtjgN pic.twitter.com/aNfDqiQawp

On clear Winter days, that logo pops out at you everywhere as you walk thru the city! ❄️���� pic.twitter.com/kEaxn2w1E5

#MarchMadness As an #IU fan, it'd have been hard to imagine a dream where entire #NCAA tourney wld be played within confines of #Indiana. Even harder is waking up to the reality that it's TRUE, but #IU simply isn't good enough to qualify. 34 years and counting... @awrobbins pic.twitter.com/Oof7hEu2kV


@hollywoodspin #MeToo #Hypocrite hiding in plain sight. #NY Senator #KirstenGillibrand, once beloved among many high-profile Hollywood celebs, was quick to call out Franken, Kavanaugh, Clinton, Trump — but not Cuomo, via @nypost.https://t.co/FV6ERg9Q7u

MT @RonCharles @BookWorld "Klara and the Sun," #KazuoIshiguro’s first novel since winning the Nobel Prize in 2017, is a delicate, haunting story, steeped in sorrow and hope @AAKnopf. https://t.co/jmO7kMvoC6

This is one of the best non-music videos of you in a long time bec yr personality really shines!

Missed seeing you w/@astridsofficial in #DC, 2019 --
so pizza = at the ready to watch you Monday! @IKEA pic.twitter.com/jxH0blCZxQ

Just a memory after June 21st... so @SAMuston chronicles it. �� pic.twitter.com/HbqBYAjbpt

@60Minutes @NickKristof @hkfp @Magnus_Fiskesjo @JanHelin #LeBronJames lives and plays in #LA.
So, why do I think he didn't read this? ��

‘Will they let us live?’ Inside #Xinjiang, survivors of #China’s #internment camps speak, via @aliceysu @latimes.
https://t.co/mRAtsDhfMg

New horrifying details re so-called re-education camps in #Xinjiang for #Uighurs emerge as #China ���� continues to act like the world isn't aware of thr actions.https://t.co/lBIBCmJstv

Time for #Sweden ���� to live up to its reputation!https://t.co/Hmugatq4WH

They lived their whole lives together and died only two weeks apart. We read their early love letters and played John Anderson, my Jo pic.twitter.com/QLmSaULte9


I read this lovely, heartfelt tribute to your Mother tonight at the @NLCS1850 website.
Despite never meeting her, wow, I found myself quite in awe of your extraordinary, moxie-filled Mom and her dynamic efforts on behalf of her students.https://t.co/MAaEWksxBM @camillahmturner pic.twitter.com/J71r4rFW6L